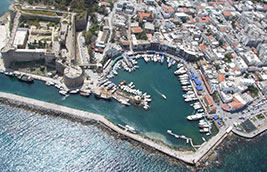 The 6th Kyrenia White Regional Ordinance, which was published in the Official Gazette in the past,  has created a new environment for discussion.     We, as the Board of Directors of CTBCA, have taken the following decisions in order to carry our country forward in terms of planning;

The whole area between Karşıyaka and Esentepe has been merged and turned into a single settlement area.   The whole region has faced the problems of unplanned.   As Contractors Association, we are demanding the preparation of a single Urban Development Plan from Karsiyaka to Esentepe,  Namely Girne White Regional Ordinance, Girne II Regional Ordinance Emirates regions.

All the ways to contribute to the preparation of the plans should be opened and people from abroad working in similar countries should be benefited.

The Chairman and The Board of Directors